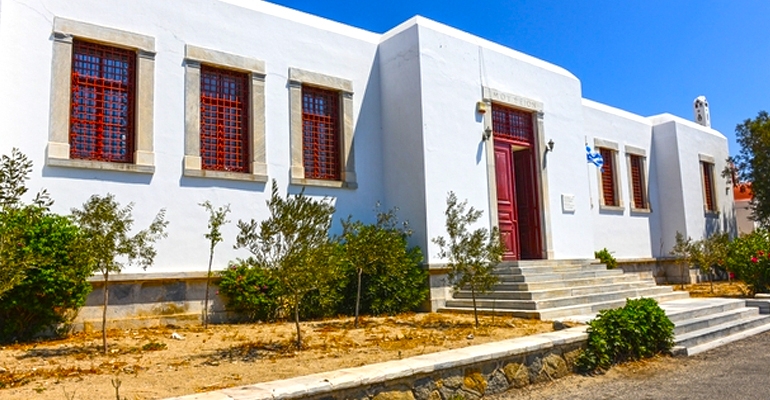 The Archaeological Museum of Mykonos was built in 1902 (early 20th century). It is located on a hill, overlooking the harbor of Mykonos. There you can find many things from excavations in Rhenia and Delos, which had brought to light from the famous "Pit of purification of Delos." These include tombs, statues, sculptures, jewelry, gadgets and vases. The building is neoclassical and was designed by architect Alexander Lykakis. The current form was built in 1934, while changes were made in 1972. The museum includes six rooms and apart from the findings of purification, there are also important finds from excavations in Mykonos.