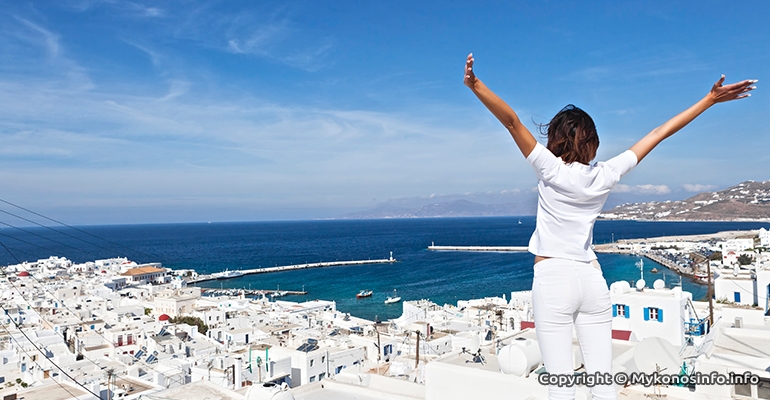 Mykonos is one of the top tourist destinations and is known mainly for its cosmopolitan character. It is very picturesque, with narrow cobbled streets, many traditional white houses, churches and windmills, blue waters, offering peace and tranquility. The island's capital is called Chora, located in the west side of the island. Mykonos is known as the “windy island” and is in the heart of Cyclades. It is 94 nautical miles away from Piraeus and 71 from Rafina. It is also very close to Delos and Rinia. The island has an area of 88 km², is not flat, characterized by rocky peaks, with little vegetation and mild Mediterranean climate.